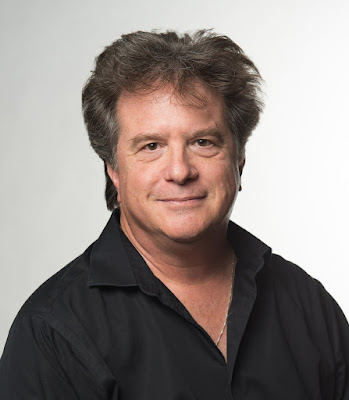 A:  Like city traffic congestion, the homeless population in Los Angeles has grown to epic proportions and will only get worse. As a theatre-maker, I feel compelled to ask myself: What can I do as an artist to express what I see in my world?

Two years ago, driving down Hollywood Boulevard one warm afternoon, the classic Frank Capra movie Meet John Doe popped into my mind. In the film, Gary Cooper plays a homeless man (then called a “hobo”), who is hired by newspaper writer Barbara Stanwick and transformed into a national celebrity she names John Doe. An idea struck me. What if that story were told today in the fast-moving world of social media with homelessness, fake news and political corruption in our daily news feeds?

Meet John Doe is labeled today as a comedy but Capra’s view in the film is somber and ominous. Released in 1941, many of its lessons remain true today. How a greedy and ego-driven capitalist can crush the good of the common man. How quickly mob rule and public opinion can change. And how whoever controls the media, controls the masses. No wonder 1941 was also the release year of Citizen Kane, Orson Welles’ examination of a power-hungry fictional newspaper magnate.

In Human Interest Story, newspaper columnist Andy Kramer is laid off when a corporate takeover downsizes the City Chronicle. In retaliation, Andy fabricates a letter to his column from an imaginary homeless woman named “Jane Doe” who announces she will kill herself on the 4th of July because of the heartless state of the world. When the letter goes viral, Andy is forced to hire a homeless woman to stand-in as the fictitious Jane Doe. She becomes an overnight internet sensation and a national women’s movement is ignited.

Human Interest Story is about more than homelessness. It’s about all of us asking ourselves, in these unruly times, who am I? What do I truly believe? How am I not who I say I am? And, most important, how truth – in our press, in ourselves and our world – sets us free.

A:  Sleep. In addition to being a playwright and director, I am the Founding Artistic Director of the Fountain Theatre in Los Angeles. Now that my new play has opened, my focus is back on the daily operations of running a theatre. Supporting, nurturing and producing the new plays of others. I’ve completed the screenplay based on my play, Bakersfield Mist. Shopping that around.


Q: Tell me a story from your childhood that explains who you are as a writer or as a person.

A:  As a boy, writing was a refuge. A sanctuary. I would close the door of my bedroom at night and sit at my little desk and write stories to dissolve into an imagined world, or more into myself. I am now an adult. But I still love padding across my backyard to my home office each morning and closing the door behind me. I savor the time alone. The voyage inward.


Q: If you could change one thing about theater, what would it be?

A:  Its position in society.

A wondrous event happened a few years ago in Reykjavik, Iceland. I still think about it. The mind-blowing spectacle of the northern lights across the night sky. But that wasn’t the astounding event that evening. In a remarkable demonstration of forced reverence, the Icelandic city government ordered the power of all public lights be switched off for one hour so the citizens of Reykjavik would be forced to look up into the heavens to experience the splendor. Reykjavík is the capital and largest city of Iceland.

Think about that. The city government ordered — as a mandate of civic policy — that all its people must experience the aurora borealis dancing in the night sky above them.
Can you imagine such a thing happening in our country? Me neither.

In our country, art is a luxury, a non-essential extravagance. No longer taught in our schools, not adequately supported by our government. Politicians plot to eliminate the NEA entirely. Attention spans are shrinking. Seeing a meaningful play is more challenging than going to a movie or streaming a video. It requires more of us, demands a deeper concentration and emotional investment. Sometimes we drag ourselves to the theatre like we go to the doctor, not because we want to but because we know it’s good for us. I don’t care. Whatever it takes. Even if your city government has to switch off your lights at home to get you away from your computer and go to the theatre, so be it. As long as you come, sit in a chair, and view wonder.


Q: Who are or were your theatrical heroes?

A:  My high school theatre teacher. He changed my life. Made me believe that a life in the theatre was magical, filled with passion and meaning. Everything I am is his fault.


Q: What kind of theater excites you?

A:  I love the magic that comes when something extraordinary appears out of nothingness. I love an audience to come into a theatre and look at a bare stage. The lights go down. The crowd quiets. The lights come up. And somehow in this empty space, an entire world is created. Characters appear, go on a journey. The audience gets swept up in the story. Then it’s all over. The lights come up. And there’s the empty stage once again. And you realize the whole thing has been created out of nothing.

A:  Discipline. Playwriting – any kind of writing – is a craft. Like building a table. You can’t Google it. You can’t just think about it, read books about it, do research on it, muse on it, talk about it. You gotta go the work shed, pick up your tools, and do it. Day after day. Get dirty. Sweaty. Frustrated. Bleed. The table won’t build itself. But when finished, if your table is sturdy and inviting, people come and they sit at your table and eat and share stories, and they laugh and they cry, they engage, pass their lives. And you feel the reward of having built something useful and meaningful.

A:  The Fountain Theatre celebrates its 30th year in 2020. Go to www.fountaintheatre.com

If you're attempting to burn fat then you absolutely need to start using this brand new custom keto plan.

From their grand opening in January 2019, 1000's of clients have already remodeled their body and health with the benefits a proper keto plan can offer.

Speaking of benefits: clicking this link, you'll discover 8 scientifically-confirmed ones provided by the keto plan.

As claimed by Stanford Medical, It is in fact the ONLY reason this country's women live 10 years more and weigh on average 19 kilos less than us.