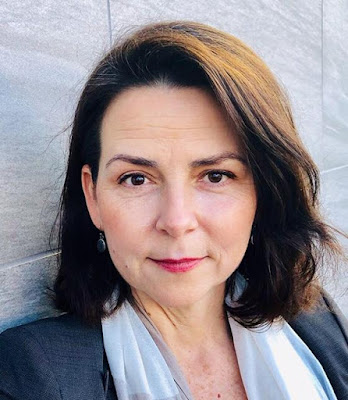 Hometown: Hauppauge, NY is where I spent my formative years, but I wouldn't call it my hometown. I left immediately after high school and never looked back. I would call any town I am currently living in my hometown.


A:  Worst-Case Scenario was born out of an idea of two people who were opposites coming together. I knew She was a survivalist, worried about Armageddon, and He was a germophobe, neurotic and obsessed with the world living under his fingernails. And I sat on the idea for a bit. I worked on other things, but I couldn't shake these two characters. And about a year and a half after the island of Kauai had its false incoming missile alert in January of 2018, it somehow clicked. I knew they had to be in a bar on the island at the time of this false alert. The story is about two people choosing love in their own brokenness. Many romantic stories are written with these ideas of love as a perfect package or fit, that one person will magically change every thing in your life that you don't like. This is not that story. These characters choose love in spite of all the baggage each other has, and there is something really hopeful about that.

A:  I have another play, Shame, which I will be mounting this summer. It's a story of two brothers, a modern-day Cain and Abel. I like working on characters that have a hard time getting out of their own way, even when it seems the Universe is conspiring to help them. I also have a half-hour comedy pilot, 150 Jobs, about a young woman trying to find a career in the gig economy, and a feature, Continental Divide, which is a look at the American family in the shadow of the 2016 election. I like to write all genres and mediums. Shame started out as a film, but when I wrapped my head around it, I knew it had to be a play.

A:  When I was around six or seven, I would go door to door and visit with my neighbors. Not their kids, I would sit at the kitchen table with the adults and they would have coffee and I would be given a glass of milk. And I would ask them all kinds of questions, about their lives, their parents, ... I wanted to know their stories. I'm not sure what they made of me and my visits, but it made me aware of who they were as people at a very young age. So, I would say that I am a very curious person. I want to know the "why" for everything.

A:  It needs to be funded at the local and state level. It's too hard to create something new when you need to find funds to get it to a decent theater.

A:  Playwrights would be John Patrick Shanley, Lesley Headland. Actors/ Actresses would be Tim Robbins and Salome Jens.

A:  All kinds, I suppose. I remember seeing Antonio Banderas in "9" on Broadway. He was electric, what an incredible talent! And I have see theater in Los Angeles that has knocked my socks off. Tim Robbin's The Actors Gang has done some of the most courageous and incredible work I've ever witnessed. They did a play Tim wrote called "Break the Whip" about Jamestown and the Algonquin Indians that was done using subtitles. It was incredible. So, all theater can be exciting... If the piece works, you know it... you can feel it.

A:  Get in a writing group. Writing is a solitary journey and you need other people to bounce your ideas off of to see if what you wrote is what they are perceiving. Also, go take an acting class. I started out as an actress and it has helped me immensely in the process of writing because the training has been ingrained in me to go moment to moment, and that is important when you are working on complex characters.