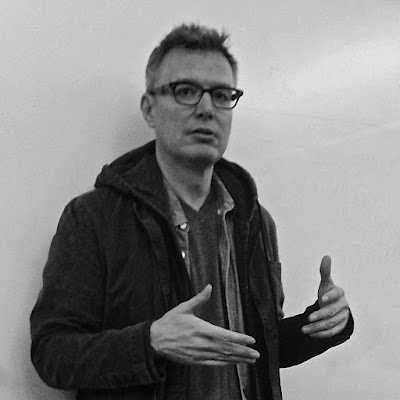 Q:  Tell me about Bleeding Love?

A:  Bleeding Love is a post-apocalyptic musical. It started as an assignment that I gave myself. I realized the books and movies and plays that stuck with me the most, the stories I returned to again and again and loved above all the rest, were the ones that gave me a big emotional experience. I wanted to write something that did that, so I started making a list of anything that elicited a big response in me. I thought back as far back as I could remember and worked my way up to the present, filling up several pages of a notebook--the more personal, the more idiosyncratic, the more ridiculous, the better. My favorite musical instrument: the cello… New York City brownstones… my childhood piano teacher, Mrs. Grabner… punk goddess Nina Hagen… guys in trapper trooper hats (or maybe just one guy I saw once on the subway in a trapper trooper hat)… greenhouses… Klaus von Brucker in Bruce LaBruce’s film No Skin Off My Ass... Oscar Wilde’s fairytale “The Nightingale and the Rose”. These are some of the items I came up with.

I started shaping all these ideas into a story. As an exercise, I tried to use everything. The Word doc on my computer grew and grew and grew. Then, about ten years ago, songwriting team Harris Doran and Arthur Lafrentz Bacon suggested the three of us write a musical. They asked if I had any ideas, and I pitched them the story that would become Bleeding Love. At the time, it was overstuffed and even more odd. They said they’d prefer to do something commercial, which sort of shocked me because I hadn’t thought about the project in terms of its commerciality, but I also loved that they were honest! The story clearly struck a chord with them, however, because, about a year after that, Harris reached out, asking, “What was that story about a rose again?”

We stripped it down to its essence, smoothing out some of the lumpier elements, and began writing. From the first piece of music Art composed, it was clear that they “got” it. Then, during our heaviest writing phase, they were writing a song a week. And the songs were able to tap into the operatic emotionality of the characters and the situation, amplifying what was there and taking it beyond my expectations. It was thrilling. And, I think, without losing any of the story’s peculiarities, we started seeing it as a show that could have broad, commercial appeal.

The show was presented at the National Alliance of Musical Theatre Festival of New Musicals, which led to a couple of workshops and a couple productions, including our official premiere at the Fredericia Teater in Denmark. When the current pandemic started, many of the show’s themes were suddenly, eerily relevant, and, very quickly, Broadway Podcast Network, along with our producers Kent Nicholson, Katie Rosin and Steve Saporito, were able to pull together a three-part audio drama of the show with a dream cast of Broadway talent.

A:  I’m adapting another stage play as an audio drama. It’s called I google myself, and it’s about three guys with the same name. I’m also working on a novel, and I’m a professor in the Film & Television Program at LaGuardia Community College.

A:  My family used to take a camping trip every summer. I remember several vacations to Yosemite National Park in which I took along pens and notebooks. I was eleven, but I had to write! I didn’t think that was strange at all, but I recall it baffled one of my cousins!

A:  Less commercial! Kidding! …and sort of not. There are so many stories that deserve to be seen by audiences, stories that—I feel—audiences actually want, but in order to get to that point, someone has to put up the money. And the amount it costs to mount a play keeps going up, which means the commercial considerations keep going up as well.

A:  I don’t think in terms of heroes, but when I find something I love, I like to experience it over and over and deconstruct it. Annie Baker’s plays are incredible. I will see anything she writes, and Circle Mirror Transformation is one of my favorite plays ever. I love Lorraine Hansbury’s A Raisin in the Sun and Lillian Hellman’s The Little Foxes. That’s all women, which I didn’t plan! Clifford Odets' dialog is the best.

A:  Be weird. Be you. Find your voice, but without watering it down, make it connect with an audience. Also, a small production can feed your soul just as much as a big one.

A:  Listen to Bleeding Love: a post-apocalyptic new musical at Broadway Podcast Network or on Apple Podcast/iTunes or wherever you get your podcasts.