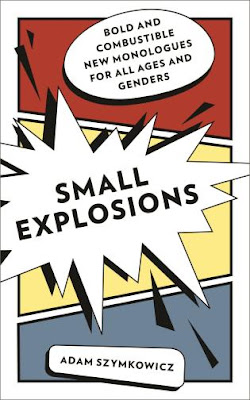 I tried writing some new things the last couple of years. The jury is still out on what will happen to the YA novels I wrote. But another thing I tried was writing new monologues. For about three months last summer I wrote a monologue most days in the morning.


Most of my plays have monologues in them and there has been a steep uptick in the past five years in the number of actors doing my monologues in auditions and acting classes.


I thought I would lean into it and put even more monologues in the world. So I wrote these 60 monologues and I sent it to applause and they liked it and asked me to write some more. And I did. So now there are 90 or so monologues collected in a book coming out in early 2023.