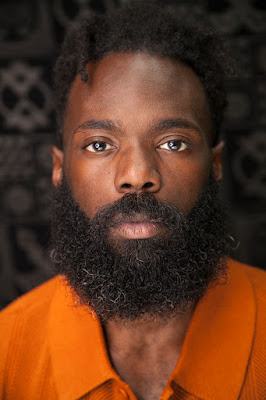 Current Town: Minneapolis, Minnesota
Q:  Tell me about The Gospel Woman.
A: The Gospel Woman is a traditional American family drama set in a 1970’s Baptist church. It’s a kind of tribute play that I built around a gospel record my mother recorded when she was a teenager. Lastly, it’s the 2nd installment in my “Mom & Pop plays,” which are a set of companion plays that I wrote based on the original music my parents recorded growing up. I wanted to concretize and honor their ambition, because their ambition led to my professional ambition. My father is a guitarist and singer, and my mother is a gospel singer. They are both songwriters. And I started writing creatively by watching them work and imitating them. The plays are set 5 years apart, and set against the backdrop of transformative moments in American history. The first installment, Certain Aspects of Conflict in the Negro Family, is set in the “long hot summer of 1967” when uprisings broke out across the country. And the second play, The Gospel Woman (NBT), is set in 1972, and it explores what happened to my hometown, Plainfield, NJ, after the riots. Both of the plays are family dramas that center two very different families in the same city. However, I call the plays “Rehearsal Dramas” because I grew up in recording studios and backstage at my parents’ concerts, and the rehearsal atmosphere is the soundtrack to my childhood.
Q:  What else are you working on now?
A:  The next play I am working on is called Whittier. It’s a contemporary docudrama I am developing at the Playwrights’ Center based on interviews I conducted during the 2020 uprisings in my neighborhood in Whittier, Minneapolis.
Q:  Tell me, if you will, a story from your childhood that explains who you are as a writer or as a
person.
A:  I was always interested in writing down the stories around me. My mother owned a hair salon when I was growing up, and she gave me an opportunity to create a “newsstand” in her salon where I would sell newsletters I had written on saturdays. The newsletters were basically comic strips which featured adaptations of her clients' conversations.
Q:  If you could change one thing about theater, what would it be?
A:  I’d like to see more revivals of American classics. I was very excited to see Alice Childress’ Trouble in Mind on Broadway!
Q:  Who are or were your theatrical heroes?
A:  August Wilson is one of my literary heroes. Also I had an opportunity to study with in graduate school at Tisch, Anna Deavere Smith and her course really validated my investigative esthetic.

Q:  What kind of theater excites you?
A:  Quarantine deepened my appreciation for live theater. It’s become a privilege to congregate with people in the same room. Therefore, any opportunity to see live theater outside of the “metaverse” excites me.