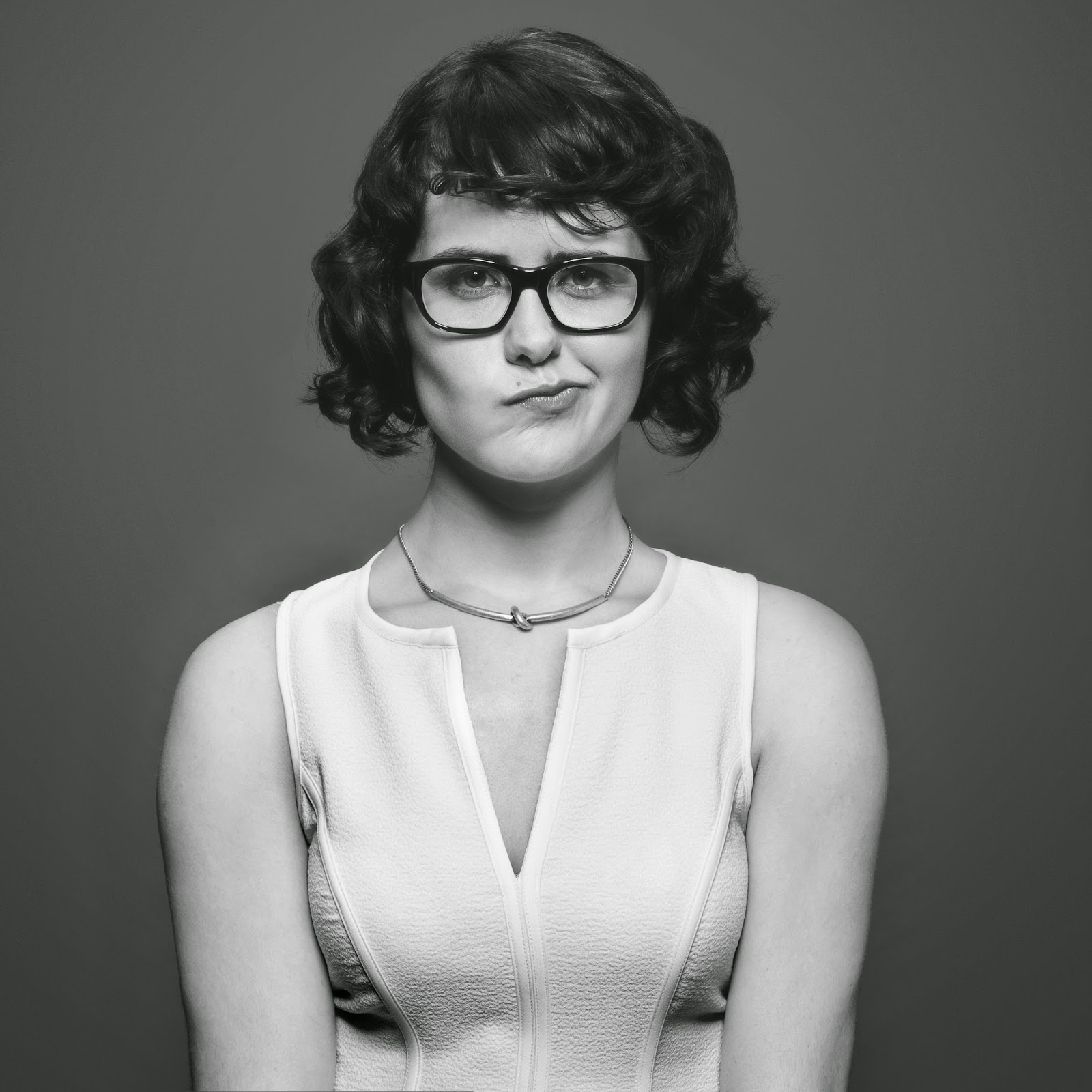 Hometown: I am the daughter of a roving journalist so I am one of those annoying people who don’t really have a hometown.

Q:  Tell me about The Matchstick Series and the Pipeline Playlab.

A:  The Pipeline Playlab is a group of amazing playwrights that I am so happy to be part of. It means I get to hang out with Salty Brine, Colby Day, Sarah Einspanier, Adam Fried, Jerry Lieblich, Rachel Music, Jeremy Wine once a month where we eat brunchy items and talk about each other’s work. We spend the year developing a full length play for which we have a public reading in July, and then we each also have written a ten minute play for Pipeline’s Matchstick Series which goes up in the newly refurbished Red Room January 16-18.

My short piece is directed by the fantastic Jaki Bradley and stars the talented Carolyn Mignini. It’s a about a woman wrestling with an image of her younger self. It’s one of a collection of monologues I am writing that address the topic of “memory.”

A:  I’m working on my Playlab full length which is about a cruise ship, the language of war, and female adolescence. I’m still in a research phase so I’m reading a lot of war testimonials, watching a lot of detective movies, and obsessing about the art of Henry Darger.

I am doing a workshop of my adaptation of Wedekind’s Lulu Play called Lulu is Hungry at Cincinnati Playhouse at the end of January.

And finally, I am finishing my play about a corporation that sells memories, The Forgetters, which is a play written to be performed as a reading. I had a reading of it with Crashbox Theater Company in December.

A:  When I was in fourth grade and living in Brussels, I had a Danish friend who would come over and play, and I’d always invent these ridiculous scenarios and characters and sometimes write dialogue for us. One day we played “Apocalypse” which is, of course, the best game ever up there with “Lava Floor,” and I had my sister play God who we stumbled upon and asked why he had ended the world. I made God a real asshole, which makes sense because I spent a lot of my childhood angrily praying to God to please exist, so I was going through some things. Anyway my Danish friend told her very Catholic mother about our game and my friend wasn’t allowed to come over anymore, and I got in trouble with my own mother.

A:  Every time I go into the theater, I want to be moved. I am full of hope when the lights go down – maybe I will see something magical. And sometimes I do! But more often than not, I see bad imitations of plays that have already been done, I’m often ahead of the narrative, and usually the climax of the play is information that we discover happened before the play even began. So if I could change one thing about theater (besides the obvious answers of accessibility, affordability, the necessity of better wages and affordable childcare, and the woeful lack of diversity), I would encourage theater makers and producers to take bigger risks. I want bigger plays, messier plays, tiny tiny plays, plays that don’t take place in living rooms, plays in rhymed couplets, full day plays, plays that aren’t really plays at all but more like singular experiences.

Tim Etchells says he tries to create theater that makes the audience a witness instead of a spectator. I think the reason that a lot of experiential theater is so popular at the moment is that audiences want to witness something real they can’t experience by themselves or on a screen.

A:  Maria Irene Fornés and Caryl Churchill made me want to be a playwright.

My teachers Christopher Shinn, Laura Maria Censabella, Connie Congdon, and Frank Pugliese made me think I was one.

A:  Theater that does something unexpected.

Off of the top of my head, here are some exciting plays/experiences that I’ve read or seen and have been thinking about lately:

Jackie Sibblies Drury’s We Are Proud to Present…

A:  Read a lot. Not just plays. Novels, biographies, histories, philosophy, shitty magazines. Make a note of anything that provokes a response in you. Don’t assume you’ll remember, you won’t.

Go to a lot of theater. Talk to a lot of people. When you see something onstage that you fall in love with, tell the creators and ask them out for coffee. Write down the names of actors you want to work with. Be nice to everyone.

Don’t go to grad school if it means you are going to have a crazy amount of debt.

Consider yourself and people you want to reach when thinking about your audience. Don’t be tricked into thinking about what the current theater-going public looks like when writing your plays; this results in boring theater. Once I stopped thinking about the weird old white guy “subscriber” that was somehow implanted in my head, I could trust my own impulses and instincts, and write stories that I want to see onstage and have discussions about.

The Kilroys are a group of badass women working to achieve gender parity in theater.

The Orchard Project is a theater retreat where I’ve met some of my favorite theater artists working today. You should apply.

The Nonsense is a weekly list put out by Jeff Stark of independent art, weird events, strange happenings, and senseless culture happening in New York City.

Indie Theater Now is an amazing website that Martin Denton runs, which currently has plays by 630 playwrights.