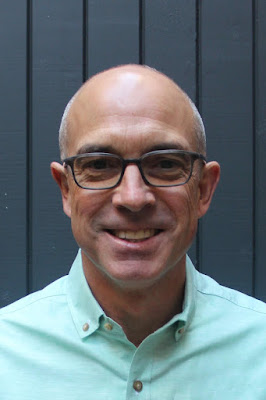 A:  I’m actually writing two plays at the moment:

The script that I am literally going to go work on after I finish answering these questions is a full-length comedy about a married couple whose only child has left for college. As new empty nesters, they’re facing a marriage that is, for the first time in years, just them. There’s nothing autobiographical about it at all. Why would you even think that?

I’m also in the midst of rewriting a full-length drama called Cursetown. It’s my Boston play: baseball and racism. I love the story, but I’ve put it on the shelf for a couple of months. Right now, parts of it don’t feel like my story to tell. As a white writer, I feel an obligation to confront racism, but I don’t want to appropriate or retraumatize. I’m going to ask some friends to read it, listen to a lot of feedback, and then go back to work on it. I may look for a collaborator.

A:  I was a very good baseball player as a kid. It’s just about all I did from about the age of seven through college. My problem as a baseball player, the thing that kept me from playing at the highest levels in college or beyond, was perfectionism. Hitting a baseball is one of those activities that’s mostly about failure (playwriting is another one). If you hit .300, you’re a hall of famer, right? Except hitting .300 means you fail as a hitter 70 percent of the time. Being willing to accept that much failure takes a level of mental toughness that I didn’t have when I was younger, and that’s one reason I struggled as a young writer. I lacked the discipline and determination to stick with a short story or a novel until rewrites made it good. Finally, in my 50s, I feel like I’ve become comfortable enough with myself to deal with the failure and rejection that goes along with being a writer. It still bothers me to get those rejection emails, and I’m constantly comparing myself to more established writers who seem to have success after success, but I don’t let strikeouts paralyze me anymore. I keep writing, and I keep submitting.

A:  More audiences would demand and pay top dollar for new work by writers they don’t know. I think most theaters want to do new work by emerging writers, but they can’t afford to risk too much on it. So, we get development purgatory, plays that have multiple staged readings and a few awards under their belt, but no productions. Theatres follow the money. They have to. Audiences bring the money. I wish they'd bring more of it to new plays.

A:  I actually don’t have a lot of them. I’m pretty new to the theater. I started writing my first play in 2017 because I had an idea for a story that just felt like it should be a play. I’m envious of people with MFAs who’ve been immersed in playwriting since high school or college and who know playwrights and plays inside and out. That’s not me. One reason I got excited about writing plays was the fact that my teenage daughter was into acting. We were seeing a lot of theater together and, as a writer, I saw writing plays as another way to connect with her. Turns out, I really love writing plays, so I guess my daughter is my theatrical hero.

A: I love plays that you can just tell came from a place of brutal honesty, plays where it’s just so clear that some writer is facing down his/her/their demons with the kind of courage that I’m not sure I could muster. I think of Fukt by Emma Goldman-Sherman or Paletas de Coco by Franky Gonzalez. I also love satires that refuse ever to turn down the heat. America 2.1: The Sad Demise and Eventual Extinction of the American Negro by Stacey Rose is a great example. Oh, and I like to laugh. I have been reading Neil Simon lately. A lot of his plays are dated to the point of being cringeworthy, but he sure could land a joke.

A:  I’m a playwright just starting out, so here’s what I tell myself: It’s okay for first drafts to be rough, maybe even second drafts. You can’t give up. You’ve got to roll up your sleeves and do the work. To paraphrase James Carville: It’s the rewriting, stupid.

A:  Check out Holy and Unruly on New Play Exchange. It’s my full-length historical drama about the 1593 meeting between Queen Elizabeth and Irish Pirate Grace O’Malley. It explores gender inequity, especially the way society expects women to make choices and sacrifices not asked of men. I don’t think many writers have dealt with this side of Queen Elizabeth’s character and story.