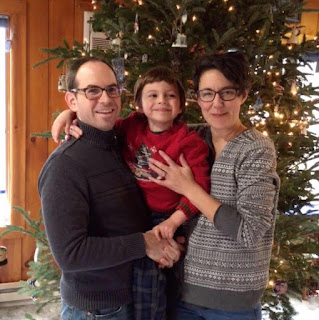 This year was my best year in some ways-- Most productions I've ever had.  First LORT production (Kodachrome at Portland Center Stage) as well as the premiere of Mercy at New Jersey Rep and the west coast premiere of Marian at Theatre of Note in LA.  Although there was oddly not that much press for these shows.  I don't know if it's because they weren't in NYC or if it's the all around loss of arts coverage.  It was also my worst writing year in a long time.  I average 3 full length plays a year, or have for the past 10 or 15 years.  This year I had a lot of months when I just couldn't write. 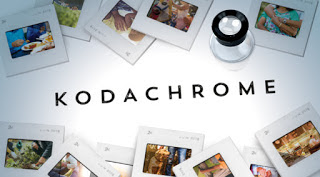 And partially this was because I don't write a lot when I'm working on productions but also I had some existential why-am-I-even-doing-this-still questioning about writing plays.  I've written 48 plays now and even though I am often able to get a lot of plays of mine produced, I have a lot on the shelf waiting for a production and it didn't seem like there was a point in writing one more play to sit on this metaphorical shelf.  So that.  But in the last couple months, I found some momentum again and re-realized once again I can't deny I'm a playwright and so I should keep writing plays and keep trying to get people to do them, even though it's still harder than it should be and takes a lot of work and I'm exhausted.  It's still what I do.  And I managed to end the year strong and ended up writing 2 1/2 plays in '18.  But also, maybe I'm working on some fiction now and a screenplay and a pilot.  It might be time to branch out again.  Ruts aren't good for anyone.

I had 31 productions of my full length plays this year.  Up until now, my best year, in terms of number of productions was 28 in 2015.  Of these 31 productions, 7 came about through some previous relationship or production.  There were 6 productions of Kodachrome, 1 Mercy, 11 Marian, 6 Clown Bar, 4 Hearts Like Fists, 1 Food For Fish, 1 Rare Birds, 1 Adventures of Super Margaret.

There were 6 productions of my night of one acts, 7 Ways to Say I Love You. 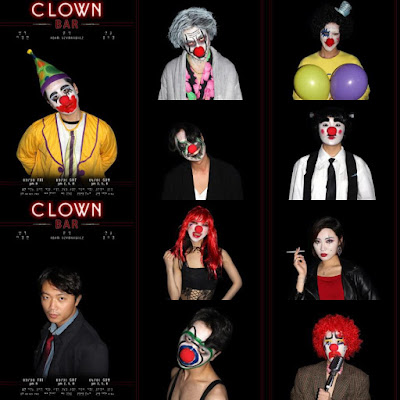 I was in a writing group at the Tank and with Project Y.

I wrote a commission-- a sequel to Clown Bar  -- that will have a reading in March with Majestic Rep in Vegas.  Before that, I will head to New Orleans this January for the premiere of Stockholm Syndrome-- a Commission from The NOLA Project.  It has a lot of songs.  It might be a musical.  I also have the first production of Wooden Heart coming up in Acadiana in Louisiana.  Also coming up--shows with Actor's Bridge in Nashville and Theatre Conspiracy in FL, both of whom have done plays of mine before.  And maybe some other stuff.  So far 15 productions scheduled in '19 including ones in Turkey, and Australia and my first show in Alaska.   The night of short plays will be done in Qatar.  Some of the upcoming productions are listed here.

Kodachrome and Mercy will be published in the new year.  That will bring my total number of published full length plays to 14. 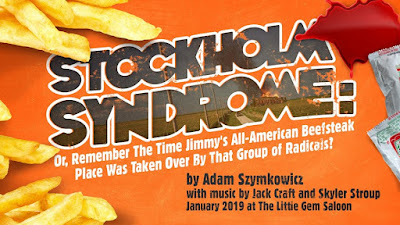 I started up the interviewing again this year after taking a year off.  20 interviews this year.  Probably sometime next month, my blog will hit 2 million page views.

I sent out submissions to 165 places.