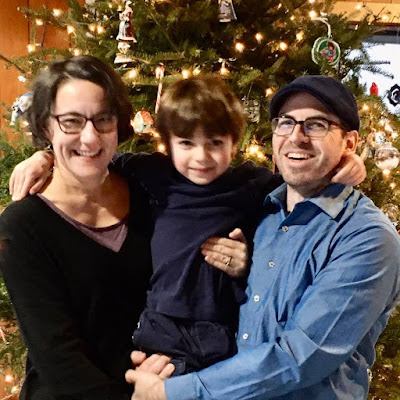 So since 2007, I've been doing a version of these posts.  So that whole 10 year thing, end of a decade look where I am now is possible, in a way.

In 2009, I was 2 years out of Juilliard, living in Minneapolis for half a year for my wife's Jerome and  then wrote for 5 months for a tv show in Atlanta.  I had 8 productions of my plays and wrote 5 episodes of that TV show that year and 2 plays.  I think I had 5 plays published total at that time.  That was the year Hearts Like Fists went up at Juilliard and Pretty Theft went up in New York with Flux.

Today I have 14 plays published.  I have not written any more tv since '09.

I wrote 2 1/2 plays this year, and half a screenplay.  I reached a milestone this year.  I wrote my 50th play.  (I started counting maybe 23 years ago and I count anything over 45 minutes.  So some of these are not long plays.  Some of these are not good plays.  Still that's a lot of plays to write.)

This year was by far the most full length productions I've ever had at 47.  Up 16 from last year, although it should be said a lot of these productions were at schools.  (In other words, fewer performances than small theaters doing a three week run, for example.) 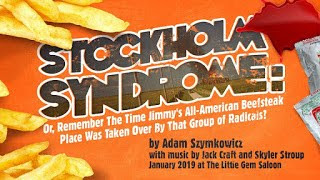 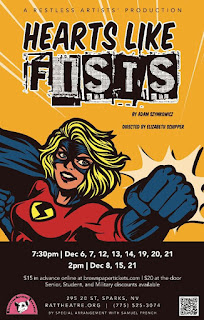 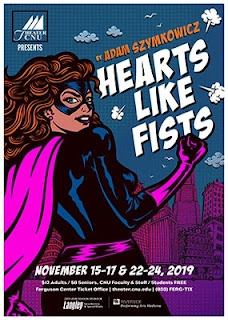 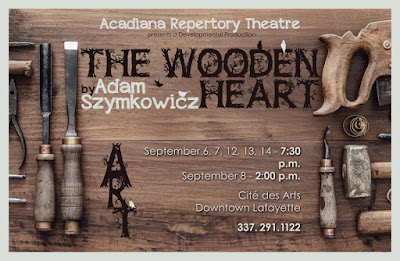 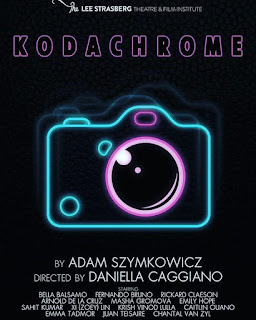 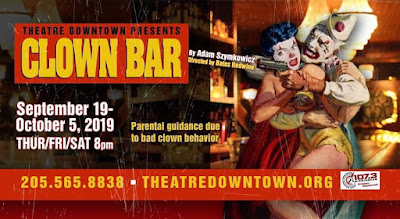 Of these 47 productions, 6 came about through some previous relationship or production.  There were 10 productions of Kodachrome, 1 Incendiary, 7 Marian, 8 Clown Bar, 6 Hearts Like Fists, 5 Rare Birds, 4 Nerve, 3 Adventures of Super Margaret, 1 The Wooden Heart, 1 Stockholm Syndrome (Premiere!), 1 Pretty Theft.

Thee was a premiere of Stockholm Syndrome with The NOLA Project and a first production of The Wooden Heart at Acadiana Repertory Theater in Lafayette.

There were also 10 productions of my night of one acts, 7 Ways to Say I Love You.

I think it's worth saying that my monologues are being done a lot these days at auditions.  I sell a lot more books than I used to because my monologues are out there in a way they weren't say 3 or 4 years ago.  Mostly, I think people find them online in the various places I have put them.  There are kind of a lot of videos of people doing my monologues posted online.

There are 18 or 19 planned productions so far in 2020 including the premiere of Clown Bar 2 in Vegas in May.  There will be 3 school productions of The Book Store, all from NPX inquiries.  I think 2 plays will be done in Turkey soon, in Turkish.  I also have a commission to write in the new year and probably another next year. 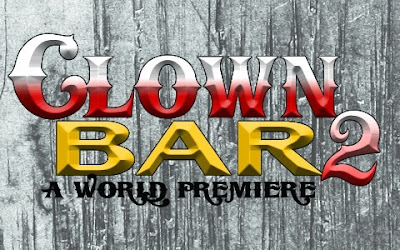 Kodachrome and Mercy were published by Samuel French this year.

I am interviewing again, slowly.  49 interviews this year.

I sent out submissions to 220 places.

Great year! Always glad to read these. Thanks for sharing!